Up the Middle Down the Sides 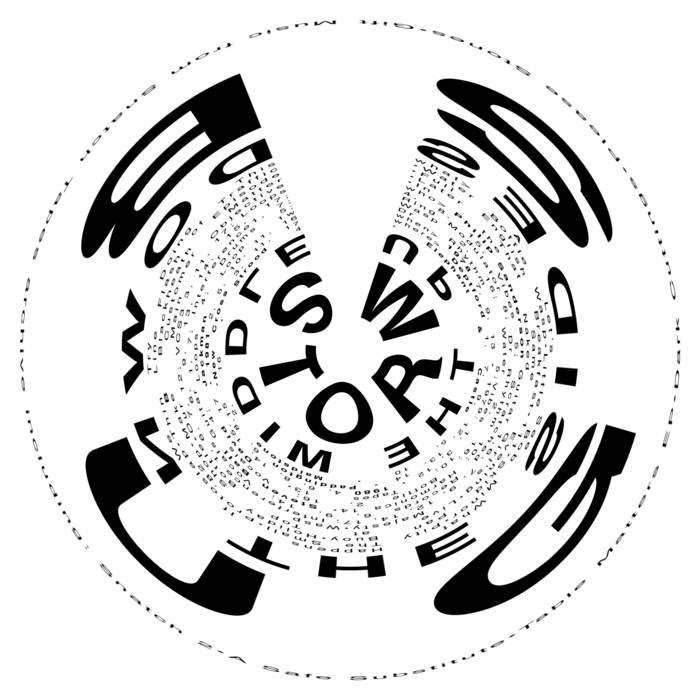 Assembled by our good friend Chris Freeman for the Fusetron Label this is a compilation LP of the work of this UK cassette band, featuring some of tlteir 'vintage sonic musings' from 1978-1981. This issue follows in a chain of releases and reissues that have been emerging from the time when Philip Sanderson and Steven Ball's work was being 'rediscovered'

in 2000; from that date onwards, various releases from the Snatch Tapes archive have followed, including the Reprint CD on Anomalous, originally released as a cassette purporting to have been performed by two girls. This comp works overtime to convince you of the sheer depth and breadth of the variety in Storm Bugs output; it veers from poppy electronic tunes with drum machine beats, to insane long drones and distorted voice-based pieces. The LP is short but intense; every moment counts, packed with imagination, ideas and innovation.

Many good qualities shine forth, and it's not simply nostalgia for the home-made tape scene; these guys had serious talent. There's a lot of invention in evidence, including spontaneous ct'eations made out of rewired radio sets, old vinyl records, and the wreckage of smashed and deconstructed guitars. Plus the trusty VCS3 and WASP synths are

forced to work double-time. Never once did the pair fall into the trap of making unrestrained 'table' noise with loads of effects pedals, nor follow the post-Throbbing Gristle 'industrial' route towards that dead-end of ghastly noise trotted out in support of sick imagery. Storm Bugs music was extremely thoughtful, well-considered. There's one tape-loop piece near the end of side A that is simply glorious (can't tell you what it's called, as track titles are only printed on front cover in an unreadable spiral layout) - it's a messy splurge of semi-controlled noise, a maelstrom spinning layers of aural detritus around in a hypnotic mandala of discarded trash. Listen, and a mild form of delirium will take hold of you. This piece alone, in its unassuming way, touches on greatness; I've heard few things quite like it.

Besides the enthusiasm that accompanies their genuine sense of excitement as they make each new discovery, these young chaps also exhibit a remarkable assurance; there's no mad rush to tryout everything they can do, nor a frenetic race to prove they're much more far-out than anyone else. Instead, there's a measured sense of working it through, proceeding with each new experiment in a thorough way, learning from it. A lot of home-made DIY music (both then and now) lacks this discipline; many hopeful performers try and make up for that lack through expending lots of kinetic, but pointless, energy. With Storm Bugs, nothing went to waste; they kept their batteries charged up, and used their power wisely.

A fine document from a time when 'Io-n' was a genuinely challenging aesthetic for artists to work with, unlike today when it's merely one more lifestyle option for bored rock stars. David Jackman, a fellow Snatch Tapes artiste, guests on one track. Absolutely splendid release.

For music credits see individual sides. The cover shows an anamorphic image. Use a tubular mirror to decipher the image or see the bonus jpeg.