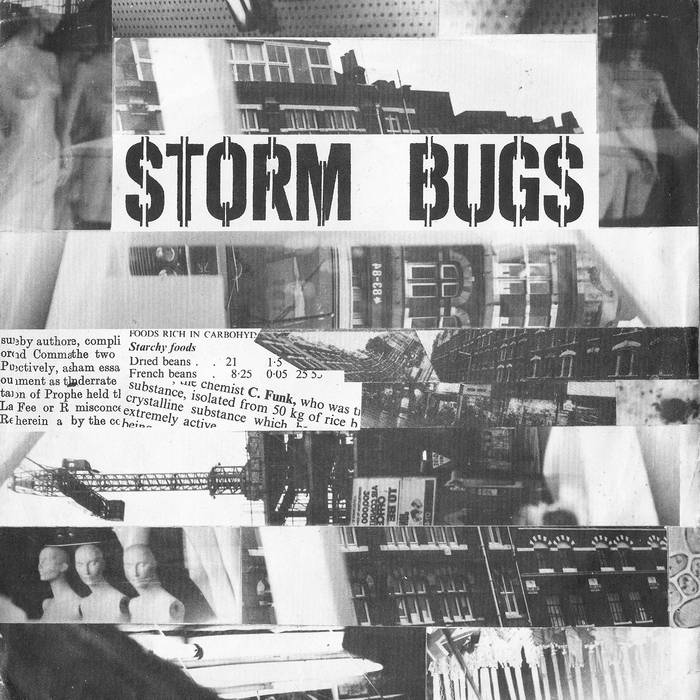 Recorded in 1979 and released in 1980, Table Matters was the first vinyl release by Storm Bugs consisting of 5 tracks, supplemented here by two instrumental versions, and a live version of Window Shopping recorded at Limehouse Town Hall in 2012.

The music for the EP was recorded in Deptford and then mixed/processed in New Cross at the Goldsmiths Electronic Music Studios. Most of the tracks make use of locked groove records - achieved by scratching/cutting various well know records of the day with a scalpel.

Between 1978-81 Storm Bugs released two 7-inch records and a number of tapes. In 2002 the band were resuscitated with new recordings being issued including The Bugs Are Back EP and Certified Original & Vintage Fakes. Separately Philip Sanderson and Steven Ball have recorded new music available on the Snatch Tapes and other bandcamp pages. In 2018 the band became known as The Storm Bugs. ... more